Three buses and an overnight train carried us from Mitrovica into the arms of Athens. This was my first return to the city since living there two years ago. 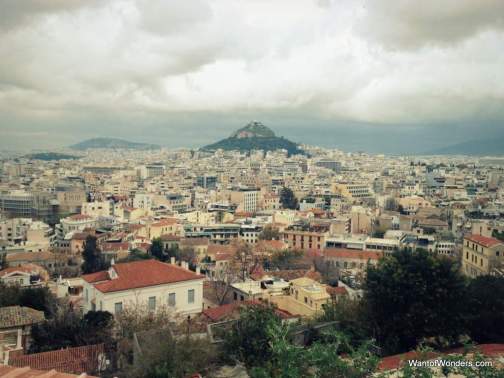 At 5:30am we stumbled off the train into the chilled, black street in front of Larissa Station. A few hours of sleep interrupted by perpetual adjustments, yelled train station announcements, Greek whispers, and the burning fluorescent lights that refused to recognize common courtesy and dim had not left us in the greatest reasoning state. Thanks be to whatever god watches over weary travelers’ stomachs, there was a κουλουρια cart (think: snacks) to greet us at the station exit. I was indeed back in Greece, in my second home.

I opted for the least Greek and most sugary option: an oversized donut coated in white sugar. Not since Mighty-O in Seattle has my mouth been so pleased, so awake. In our foggy, sleepless mental state, we chose to walk the streets instead of take the metro right in front of us. Several hours, the donut, and the darkness disappeared as we wandered up and backwards on unfamiliar blocks.

Athens feels like a maze when you are at the street level; when above, it feels like a white sea. The buildings are not more than six stories tall, but when you are less than one-story tall it really doesn’t matter how tall the buildings are, you aren’t going to see beyond your most immediate surroundings. Being in the dark in a neighborhood you never knew, don’t help the navigation.

Near dawn, it all came back to me. Omonia Square was approaching in all it’s depreciated glory–a familiar sight. Our tired feet and yet-to-be-caffeinated brains were saved! Just a few more blocks and we arrived at the center of Athens: Syntagma Square. Ryan got his first look at the infamous protest grounds and Parliament building featured so prominently in the media.

The sun was out, McDonald’s was open, and a small number of people scattered the streets and sidewalks. Most of Athens was still sleeping at this un-Greek hour. It was time for our coffee. Down Ερμου, the central shopping street of Athens, around corners, up side alleys, through sleeplessness, and over the dozing dogs and cats, we found a cluster of cafes ready for business. Clearly aimed at tourists and serving a most-likely-mediocre product, nothing mattered but the fact that they were open. Two ελληνικα (Greek coffees) and an excuse to sit in warmth.

The next four days we wandered up and over every hill in Athens, enjoyed three coffees a day, feasted on Chinese and Indian food, were spoiled by Seattle-style third wave coffee that somehow found its way to Athens, visited my favorite corners of the city, relived my past life, partied in an apartment styled in everything Brooklyn, felt the winter chill of the Aegean Sea, gave thanks that the Christmas cookies were already out and that Greeks know how to make proper ice cream (come on Kosovars!), laughed friends new and old, soaked in the sun while forgetting the snow we left in Kosovo, and mentally prepared for our future lives in Athens. 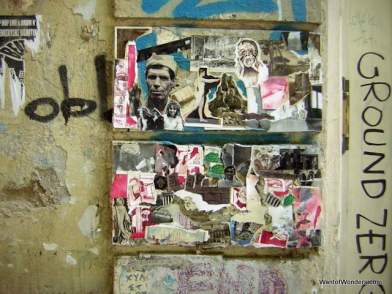 Often when you return to a place of your past, a place you once lived or that once held your heart, it disappoints. Athens was all but disappointing–a true κοσμοπολις of intellectual vitality and creative fervor caked in graffiti.

2 thoughts on “In the Arms of Athena”